As a gamer, I have to recommend a game. There are many games worth recommendation, and everyone has different preferred games style. However, there’s one game I’d recommend to anyone: Ultimate Chicken Horse.

I’m not really a reviewer, so I won’t explain everything, but first things first…

This name will make most people go like “what? no…”. But those that do skip this game over the name need to brighten the hell up. And the name is great, anyway.

So what actually is this game about? Simply put, it’s a platformer party game. A player is a silly animal of choice, and is placed together with other players in the same start area on a map. The map can have various walls, ground (or instead of ground - a huge pit that will kill you if you fall into it), moving elements, and sometimes traps. There’s also finish area, which is your goal. Each player can place an element on the map that allows them reach that goal. Sounds simple? Well, there’s a twist: you have to also make it really hard (ideally impossible) for others. This is where all the fun is coming from.

This game is highly competitive. Each of the players is set against every other player. The match is split into the rounds. During each round, each player places a trap element (more on that below), and tries their best to reach the finish area. Once all players either reached the finish line or died trying, game gives out points for managing to reach the target place (displayed as progress bars). Bonus points are given for reaching the finish line first, killing other player with a trap, or winning after failing for few previous rounds. However, no points for reaching the end are given to anyone if everyone manages to do it - at least one player has to fail, otherwise the game will say that it was too easy. Once scores are given (or not), next round starts exactly the same, except previously placed obstacles remain on the map. Game ends once one player reaches required amount of points, or after certain count of rounds.

But since this is a party game, the competition is actually funny. Unless you have some joy-killer friend playing with you, you most likely will just laugh at each other’s and own mistakes, sometimes throw an insult purely as a joke, and just keep playing and having fun even if you aren’t really good - because even worse players can get entertainment from bothering others in-game.

Additionally, player animals have a dance action - and the animal will start singing in a silly way, which is very functional as taunting other players.

This game kind of reminds me of Worms series - technically everyone is opposing each other, but you’re doing it in a fun way. Of course this means that some players might get mad at you when playing this game - but if they do, they really are party ruiners.

Building a path of traps

Each round starts with so called “Party Box”. The box opens on the screen, and contains few (usually 4-7) elements, and each player should choose one.

Elements vary a fair bit. There are normal planks to walk on and blocks that break when touched, but that’s just most basic blocks. Next to them, there are spikes, rotating saws, crossbows, and other deadly traps. Throw into that some moving platforms and some glue that makes elements move or rotate together if connected, and suddenly you have a lot of dynamic and action on the map. And for a bonus, throw in an occasional black hole element that sucks players in when they get close.

The thing is, elements in the Party Box are randomized, and once one player picks an element, it disappears, so other players can’t pick it anymore. So the first thing at the beginning of a round is a rush to pick an element that you want before someone else does it. This simple feature adds a lot of unpredictability to each match.

After picking the element, you place it on any spot on the map as long as it doesn’t already contain anything else. This ensures the possibilities are seemingly endless.

There’s also another “element” type appearing in the Party Box - bombs. The way they function is that once placed, they destroy any element within blast radius - perfect if another player placed an obstacle that is giving you a major annoyance. This also ensures that players can’t completely block the way to the finish forever. If one player picks a bomb, the trap placement stage becomes an another competitive part - there’s a limited time to place your obstacle, and bomb can destroy the obstacles placed even in current round.

This creates a very dynamic playground. No match is ever the same, and the map keeps evolving with each round. You have a working path to get to the finish? Well, your opponents will likely notice this, and block it for you, while trying to create a different way for themselves that might be just too hard for you.

Controls are obviously very important in a game like this. They are quite simple - you can run side to side, hold a button to sprint, crouch by pushing stick down, jump with one button (X on PS and A on Xbox gamepads). Jump height depends on how long the button is pressed. Pretty standard.

The animals control is fluid and very responsive, although they’re quite slippery when running, and especially when jumping. Mastering the jumps (and especially the capability to jump onto a wall, and then jump off it to go higher) can take some practice. But I must say, it fits the nature of the game. Mistakes caused by such movement add laughter to the room, and since the steering is good in general, slipping is rarely annoying.

However I’d recommend that each player is playing on a gamepad (Playstation or Xbox ones). It is possible to sit one player with a keyboard, but it’s good only if they want to break their own finger bones.

The view and the sounds

This game looks quite good. It has cartoonish graphics that are very readable and fit the type of the game perfectly. While they’re pretty simplistic, it only adds to the charm of the game, and makes it very easy to understand on the screen despite the hell-path of traps.

I believe the only people who will be unhappy with how this game looks are gamers that always need top-notch almost-realistic graphics. But they should chill and open up for different styles, really.

Sounds… this is gonna be hard for me to describe, as I don’t listen to details much in general, yet alone with friends next to me, all laughing at something stupid someone did and getting excited when trying to jump between a saw, crossbow bolt and a black hole. But I never noticed anything bad with sounds, so I suppose they fit just well.

One sound that I really noticed is singing of a sheep when dance action is used. This is silly, almost comedic, and just feels like saying “in your face” to your opponents. Perfection.

Yes. This is the only valid answer. Well, you won’t enjoy the game if you don’t have friends to play it with. If you don’t, make some. If not for yourself, do it to be able to play this game. You won’t regret it.

The game has very high replay-ability since maps are mostly player-driven, and Party Box feature ensures that players are forced to pick different elements each time instead of sticking to always one or two. Because each gamer plays games differently, matches evolve almost organically, and never are the same.

Ultimate Chicken Horse is available on PC through Steam and Origin, and on Nintendo Switch, PlayStation 4 and Xbox One. It costs 11GBP on Steam at the time I am writing this, and is also available on developer’s website. 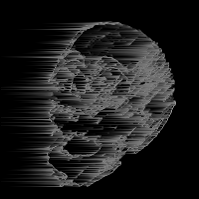 This game is absolutely great - beats any other party game I’ve ever played in my life. It’s so much fun, it’ll make you laugh even when you’re seriously depressed.

Buy the game, call your friends and/or family to come over, grab few beers, and make life of their in-game animal avatars hell.

One of the best games I’ve ever bought.